pulled the public download link for the game. here was a video of the gameplay, if you want a copy of the zip for research, fire me a tweet:

NOTICE: IN THE CRYPT, YOU CAN GO UP THE STAIRS ROUND THE SIDE. YES, THOSE ARE STAIRS. IT'S A BAD DRAWING. APOLOGIES IF YOU GOT STUCK AT THE FIRST GHOST.

Rude Bear RPG is the origin story of the Rude Bear franchise, and the seventh game in the series.

For anyone familiar with the Rude Bear saga, it also lays the foundation of connecting Rude Bear Resurrection to Rude Bear Rising, as well as bringing back the puppet style of the original Rude Bear.

It controls entirely with the mouse. e.g. click Defend just as you're about to get hit by a powerful attack to potentially take 0 damage if you time it right.
I also ran the optional theme "Marilyn Manson" with a few others.

Rad Boar:
Seismic Chop (2 $C): Strong physical attack.
Attention Hog (4 $C): Sticks a Kick Me sign to one ally. This ally will then take all enemy attacks. Using it twice on the same character removes it.
Boarrier (6 $C): Grants a shield to one ally, which doubles their defense until it wears off.
Hamdemic (8 $C): Sends out Swine Flu and damages all enemies with magic.
Sepporku (10 $C): Sacrifices Rad Boar to give super shields to both allies. These shields last significantly longer.

Robed Bird:
Dark Chant (2 $C): Heals all allies.
Storm Patrol (4 $C): Harms all enemies with a magic attack.
Phoenix Up (6 $C): Revives one ally and/or heals all their HP.
Scythe Bill (8 $C): A barrage of 8 consecutive physical attacks, does a lot of damage.
Bleeding Heart (10 $C): Sacrifices Robed Bird to max revive both other party members. DOES NOT WORK PROPERLY IN THIS BUILD, MAXES THEIR HEALTH BUT DOES NOT REVIVE.

dude, post screenshots. Why would I play it if there's no bait for your hook?

game jam curator did a review of it with a video: https://game-curator.com/jams/ludum-dare-30-rude-bear-rpg/

Why would I play it if there's no bait for your hook?

The only interaction I have with you is this comment on a freeware game I made 8 years ago in 72 hours. I just want you to know that it's not appropriate to make rude demands of developers you never met, especially on 8 year old freeware

I uploaded all these old games recently for archival purposes because the old ludum dare site went down, along with all the old screenshots. I don't have screenshots anymore, because it was almost a decade ago

You know you can just make screenshots of the video you linked, right?

set the game link private because I'm tired of this. I do not care if you play a free game or not because there was or wasn't a screenshot. please direct your ire at someone else

if anyone else wants to download the game, it can still be found through the archive.org backup of the old ludum dare website by finding the correct ludum dare and my old userid, I believe 30 and 19499 respectively off the top of my head

this game is pure perfection

haha it's secretly my favourite rude bear game. I made it in a tent 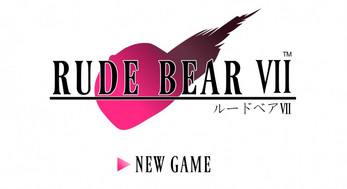